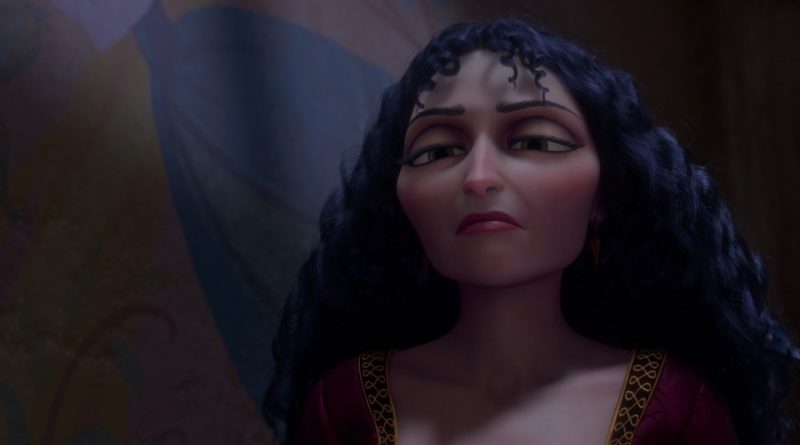 For those of you who’ve not been sheltering-in-place with a two year-old who is on a media diet high in Disney animated feature films, here’s a quick character sketch of Mother Gothel, the villainess from 2010’s Tangled, a movie that I have now seen like at least one-hundred times over the past three months…

Having kidnapped the infant princess Rapunzel from the king and queen, Mother Gothel has kept her locked away in a remote, secluded tower in the woods. There, she uses Rapunzel’s magical hair in order to preserve her (Mother Gothel’s) youth. Her ‘parenting’ style could best be described as psychologically abusive to the absolute extreme, manipulating Rapunzel with a false origin story while casually belittling her at every available opportunity. The effect is basic Psych101 stuff: essentially saddle Rapunzel with a dependency complex that exalts Mother Gothel in the eyes of Rapunzel while, at the same time, dramatically subduing her will to discover her true identity and place in the world.

Eventually, Rapunzel’s conviction that the world outside the tower contains profound truths about her authentic self is something that overrides her damaged psyche and one day she decides to make a break for it. Upon learning of Rapunzel’s escape and the journey that she plans to undertake, Mother Gothel becomes truly unhinged, spiraling into a hysterical state in which the prevention of Rapunzel’s self-discovery (which necessarily entails a loss of the illusory sway that Mother Gothel holds in Rapunzel’s imagination) becomes paramount. The objective is to find Rapunzel and basically berate her back into being her acquiescent, Tower-imprisoned self and completely subjugate any future assertion of agency. In short, to make Rapunzel feel dumb and ridiculous and totally ashamed for ever thinking that she might amount to something other than a, well, slave.

I bring this up only because yesterday found a great number of Africans on Twitter in the throes of what can really only be described as a Mother Gothel-esque meltdown. And while the catalyst for the outpouring of anti-ADOS vitriol was ostensibly a joke that someone made about the continent’s dodgy WiFi reception, it is very difficult not to understand the astoundingly hatefulresponses the joke occasioned as rooted in (and conditioned by) something so much deeper and so much more intensely personal—something that is, in essence, akin to Mother Gothel’s felt loss of control when Rapunzel defies her by throwing off the yoke of her supposed authority and declaring her intent to forge her own emancipatory path.

At minimum, what happened yesterday raises a number of interesting questions. I guess the first would be: do Africans simply have uniquely tender feelings about their wireless internet connectivity? Is this actually something about which they are extremely touchy and sensitive? Or was yesterday merely the latest confirmation in a growing pile of evidence that they harbor a real animus and serious contempt for American Descendants of Slavery?

While it might complicate the notion of Pan-African solidarity, we should admit that we really already know the answer. We’ve known it for quite some time—it’s the latter, and yesterday was just a remarkably candid and widespread display of it. Arguably, what we witnessed unfold yesterday was a good thing; it provided an unprecedented glimpse at the giant iceberg of anti-ADOS bigotry that floats beneath surface of African culture, a deep-seated antipathy toward ADOS that we are apparently very keen to import into the country, and something of which a show like CBS’s Bob Hearts Abishola represents only the very tip.

But it’s safe to say that as ADOS continues to stake out its own identity—one singularly tied to the group’s wholly distinct experience of injustice in the U.S.—the more that these underlying attitudes of genuine disdain will reveal themselves; attitudes that have quietly informed (or, more accurately, deformed) modern ‘solidarity’ with ADOS. I would really encourage white people in particular to pay very close attention to this stuff. Because while I know we tend to get a little anxious and uneasy when it comes to seeing certain distinctions between black people, I think you’ll find that a lot of the people whom you just might otherwise assume are down with the cause (particularly the cause of justice in this ADOS-specific, post-Floyd moment) because of their skin color or whatever, are actually way, way closer in temperament and belief to the white supremacists whom you stridently claim to define yourself and your politics in opposition to. To riff on something that Yvette Carnell said recently, what will yield the necessary harvest of racial justice in America is ensuring that we cast our seeds in a soil of nuance and specificity. We absolutely cannot be inhibited in our identification and denouncement of every single dimension of ADOS’s oppression, regardless of whomever promotes it.

Originally published at paulsowers.com on June 24, 2020. 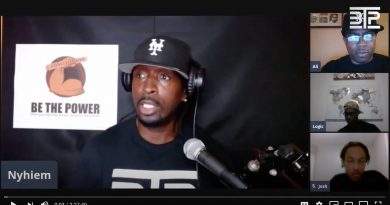 BE THE POWER 07.21.2020 – Understanding the reparations program. Criticisms and Responses (youtube.com) 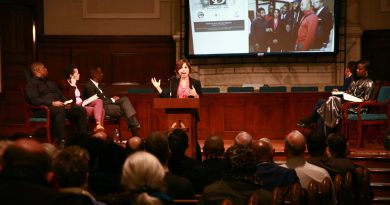 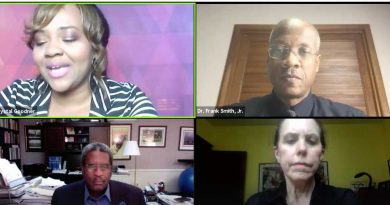